Home / Trang Chủ / The North Pole or the Manger?

The North Pole or the Manger? 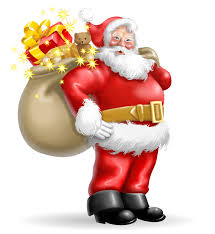 Some call him Sinterklaas. Others Pere Noel or Papa Noel. He’s been known as Hoteiosho, Sonnerklaas, Father Christmas, Jelly Belly, and to most English speakers, Santa Claus.

His original name was Nicholas, which means victorious. He was born in AD 280 in what is now Turkey. He was orphaned at age nine when his parents died of a plague. Though many would think Santa majored in toy making and minored in marketing, actually the original Nicholas studied Greek philosophy and Christian doctrine.

He was honored by the Catholic church by being named Bishop of Myra in the early fourth century. He held the post until his death on December 6, 343.

History recognized him as a saint, but in the third century he was a bit of a troublemaker. He was twice jailed, once by the Emperor Diocletian for religious reasons, the other for slugging a fellow bishop during a fiery debate. (So much for finding out who is naughty and nice.)

Old Nick never married. But that’s not to say he wasn’t a romantic. He was best known for the kindness he showed to a poor neighbor who was unable to support his three daughters or provide the customary dowry so they could attract husbands. Old Saint Nicholas slipped up to the house by night and dropped a handful of gold coins through the window so the eldest daughter could afford to get married. He repeated this act on two other nights for the other two daughters.

This story was the seed that, watered with years, became the Santa legend. It seems that every generation adorned it with another ornament until it sparkled more than a Christmas tree.

The gift grew from a handful of coins to bags of coins.  Instead of dropping them through the window, he dropped them down the chimney. And rather than land on the floor, the bags of coins landed in the girls’ stockings, which were hanging on the hearth to dry. (So that’s where all this stocking stuff started.)

The centuries have been as good to Nicholas’s image as to his deeds. Not only have his acts been embellished, his wardrobe and personality have undergone transformations as well.

As Bishop of Myra, he wore the traditional ecclesiastical robes and a mitered hat. He is known to have been slim, with a dark beard and a serious personality.

By 1300 he was wearing a white beard. By the 1800s he was depicted with a rotund belly and an ever-present basket of food over his arm. Soon came the black boots, a red cape, and a cheery stocking on his head. In the late nineteenth century his basket of food became a sack of toys. In 1866 he was small and gnomish but by 1930 he was a robust six-footer with rosy cheeks and a Coca-Cola.

Santa. The culmination of what we need in a hero. The personification of our passions. The expression of our yearnings. The fulfillment of our desires. And… the betrayal of our meager expectations.

What? you say. Let me explain.

You see, Santa can’t provide what we really need. For one thing, he’s only around once a year. When January winds chill our souls, he’s history. When December’s requests become February payments, Santa’s left the mall. When April demands taxes or May brings final exams, Santa is still months from his next visit. And should July find us ill or October find us alone, we can’t go to his chair for comfort — it’s still empty. He only comes once a year.

And when he comes, though he gives much, he doesn’t take away much. He doesn’t take away the riddle of the grave, the burden of mistakes, or the anxiety of demands. He’s kind and quick and cute; but when it comes to healing hurts — don’t go to Santa.

Now, I don’t mean to be a Scrooge. I’m not wanting to slam the jolly old fellow. I am just pointing out that we people are timid when it comes to designing legends.

You’d think we could do better. You’d think that over six centuries we’d develop a hero who’d resolve those fears.

But we can’t. We have made many heroes, from King Arthur to Kennedy; Lincoln to Lindbergh; Socrates to Santa to Superman. We give it the best we can, every benefit of every doubt, every supernatural strength, and for a brief shining moment we have the hero we need — the king who can deliver Camelot. But then the truth leaks, and fact surfaces amid the fiction, and the chinks in the armor are seen. And we realize that the heroes, as noble as they may have been, as courageous as they were, were conceived in the same stained society as you and I.

Those who saw Him — really saw Him — knew there was something different. At His touch blind beggars saw. At His command crippled legs walked. At His embrace empty lives filled with vision.

He fed thousands with one basket. He stilled a storm with one command. He raised the dead with one proclamation. He changed lives with one request. He rerouted the history of the world with one life, lived in one country, was born in one manger, and died on one hill…

After three years of ministry, hundreds of miles, thousands of miracles, innumerable teachings, Jesus asks, “Who?” Jesus bids the people to ponder not what He has done but who He is.

It’s the ultimate question of the Christ: Whose Son is He? Is He the Son of God or the sum of our dreams? Is He the force of creation or a figment of our imagination? 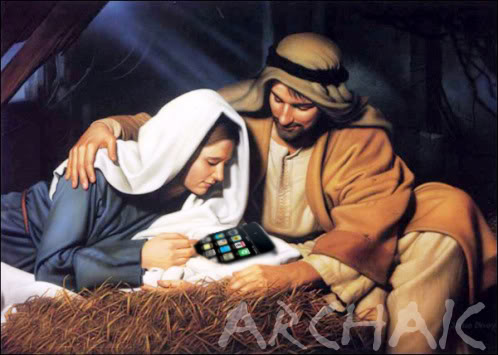 When we ask that question about Santa, the answer is the culmination of our desires. A depiction of our fondest dreams.

Not so when we ask it about Jesus. For no one could ever dream a person as incredible as He is. The idea that a virgin would be selected by God to bear Himself… The notion that God would don a scalp and toes and two eyes… The thought that the King of the universe would sneeze and burp and get bit by mosquitoes… It’s too incredible. Too revolutionary. We would never create such a Savior. We aren’t that daring.

When we create a redeemer, we keep him safely distant in his faraway castle. We allow him only the briefest of encounters with us. We permit him to swoop in and out with his sleigh before we can draw too near. We wouldn’t ask him to take up residence in the midst of a contaminated people. In our wildest imaginings we wouldn’t conjure a king who becomes one of us.

It defies logic. It is a divine insanity. A holy incredibility. Only a God beyond systems and common sense could create a plan as absurd as this. Yet it is the very impossibility of it all that makes it possible. The wildness of the story is its strongest witness.

For only a God could create a plan this mad. Only a Creator beyond the fence of logic could offer such a gift of love.

What man can’t do, God does.

So, when it comes to goodies and candy, cherub cheeks and red noses, go to the North Pole.

But when it comes to eternity, forgiveness, purpose, and truth, go to the manger. Kneel with the shepherds. Worship the God who dared to do what man dared not dream. 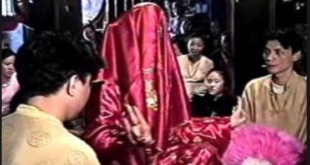 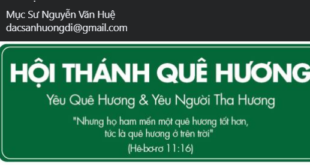 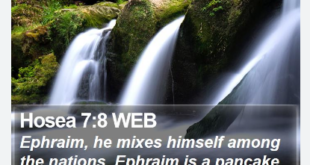